I’m always surprised at how many adults admit to drinking mainstream sodas on a regular basis, both diet and otherwise. At my talk about hidden inflammation last week, I mentioned the potential inflammatory role that artificial sweeteners like Aspartame, saccarine, and high fructose corn syrup may play in sparking the inflammatory response in sensitive people, and the benefits of avoiding them all together. The majority of the audience (mostly middle-aged women) confessed that this was new information for them!

A new study out of Germany examined the link between sugary drink intake and the inflammation associated with multiple sclerosis and found “In an analysis of 135 people with MS, those ranked in the highest quartile for sugar-sweetened beverage (SSB) intake had five-fold higher odds for severe disability versus mild-to-moderate disability.”

“The authors found that the highest consumption group consumed around 290 calories per day of soda or other sugar-sweetened beverages, which is the equivalent of about two cans of non-diet soda.”

The first thing I wanted to know was if the soft drinks in Germany were formulated with high fructose corn syrup like they are here in the US. In yet another sad example of how big companies formulate unhealthier and artificially sweeter products for the US market than the European market, it appears at least Coca Cola uses sugar (most likely from sugar beets) in European Cokes.

Of course, they still add food dye and preservatives like phosphoric acid to European Cokes, just like they do in America, and the study did not take these artificial ingredients into account as potentially influencing factors, which I believe they are, and more so than the sugar itself.

Regardless, if you are looking to avoid and reduce inflammation in your body, whether you have MS, another autoimmune disorder, or are just dealing with rampant inflammation, the results of this study should influence you to cut out all mainstream soda, both diet and regular versions.

If you like carbonated drinks, the safest bets are to stick with bubbly spring waters or make your own with a Soda Stream and mix it with pure and natural substances like coconut water or organic fruit juice. 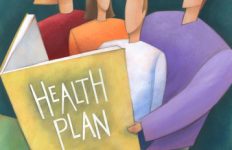 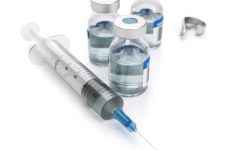 Is Ocrevus the Answer for Multiple Sclerosis (MS)?→