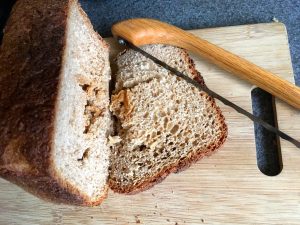 Do you have a bread machine lying around but don’t make bread anymore because you’re avoiding wheat?

My husband brought his bread maker into our marriage in 1999, and in the early years we often made delicious fresh bread. But after my son’s 2009 MRT results showed that he was sensitive to wheat, I tried a number of wheat-free variations and after ending up with a number of inedible hockey pucks, gave it up and put the bread machine in the basement.

Recently we put up a new shelf in our laundry room and relocated the small appliances that had previously been relegated to random locations like the top of the basement freezer and underneath the stairs. Which reminded me that we had a bread maker. And of the amazing aroma of freshly baked bread. And of walking home through the pre-dawn cobblestone streets of Florence, rounding a corner and catching the hot, yeasty, crusty perfume emanating from a bakery hidden behind a high wall.

Spelt, as I have noted before, is NOT THE SAME AS WHEAT, but behaves a lot like wheat in recipes.

Halleluiah! Let us all, and by all I mean both the wheat-tolerants and the wheat-intolerants among us, celebrate the purity of spelt!

Here’s an easy spelt bread recipe that should work in most standard breadmakers. Use the cycle for “white bread with fresh milk or liquid.”

Bake according to bread machine’s instructions. 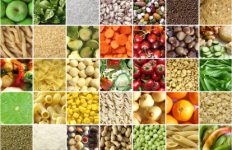 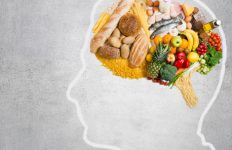 How to Treat Dementia? Fix the Gut.→

Food Sensitivity Testing: MRT vs Cyrex. Which is Best?→