My son came home from school yesterday complaining of a painful throat and not feeling well. Sure enough, when I peeked into his mouth I could clearly see his hugely swollen tonsils. No wonder his throat hurt! 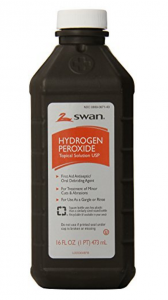 I took him into a nearby medical clinic for a throat culture to check for Strep Throat and the culture was negative. I wasn’t surprised to discover that what he had was viral rather than bacterial because he did not have a fever or any white spots on his tonsils, which can sometimes be an indicator of a bacterial infection like Strep.

So what do you do when antibiotics are not the answer for painful, swollen tonsils?

A Hydrogen Peroxide Rinse for Tonsil or Mouth Pain

Doing a gargle with diluted hydrogen peroxide (the 3% solution widely available at local drugstores, etc., not the more powerful food grade solution) can bring amazing results. Gargling with hydrogen peroxide brings oxygen to the outside of the tonsils to directly address any anaerobic viruses or bacteria trying to take up residence there. My son gargled it twice yesterday and was much better this morning when I gave him another cupful to gargle before school.

You can also dilute hydrogen peroxide half-and-half with water to use as a mouth rinse to soothe the pain from swollen cheeks or gums, mouth sores, cold sores, cuts from braces, surgery, or other mouth pain as it has a slightly numbing effect and can ward off infection. As long as you don’t drink it, there are no reasons why a diluted hydrogen peroxide rinse or gargle can’t be used to control mouth pain as frequently as needed.

I also loaded him up with echinicea, vitamin D, vitamin C, and a bunch of immune supporting minerals. Additionally, I gave him some colloidial silver liquid to add silver’s germ killing power.

Finally, I made some garlic tea for him with the goal of knocking the buggers out of his body and restoring him to health. 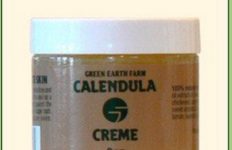 How to Heal from Surgery Naturally→ 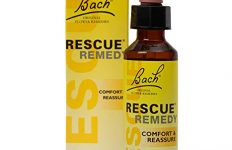