Reader question: Love the recipes! Am a former culinary instructor who just recently was put on 1500 mg of salt per day. As a result I have been concentrating on your low sodium recipes. After making the Fish with Hong Kong Sauce for the first time since my sodium restrictions, I decided to double check the sodium. This is what I came up with: 1/2 tsp salt-1180 mg,chili paste-110 mg,3tablespoons organic ketchup (Whole Foods)-320. My calculations have this at 1610 (divided by two)-805 mg of sodium. The book shows it as 211 mg. Did I do something wrong? Also, how can I get more of these especially flavorful low sodium recipes. Thank you so much–I think you are a genius!  ~Pat L., St. Louis, MO 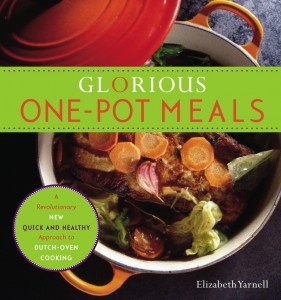 Hi Pat! I’m thrilled to hear you are enjoying Glorious One-Pot Meals and thanks for writing!

Before I address your question directly, let me briefly remind you of my nutritional information disclaimer:

All nutritional information here is based upon amounts designated in the recipe presented. Where items such as “pieces of chicken” appear, they are calculated based upon an average 4 oz. serving. All food calculations are derived from The Complete Book of Food Counts by Corinne T. Netzer (Dell Publishing, 2000). Some figures are approximate due to variations in such things as the size of vegetables, amount of oil released when spraying the Dutch oven, etc. Additionally, the figures presented are rounded to the nearest whole numbers to facilitate comprehension.

Glorious One-Pot Meals and its author take no responsibility in insuring the validity of the nutritional breakdowns presented here and offer this information only as a service to readers. Since all Glorious One-Pot Meals can be altered at will, the food counts given may or may not reflect the actual meal created at home.

Now that this formal stuff is out of the way, I have to tell you that your calculations from the actual bottles that you are using in your meals will always be more accurate than the general ones that I came up with more than a decade ago from a book published in 2000. The easiest ways to cut down on sodium in this or most other recipes is to use sea salt instead of table salt (something I always advocate) and to simply add less salt to begin with.

In most of my recipes I list “salt and pepper to taste” for exactly this reason: so that each diner can season his or her own food to their own standards or needs. In my own house, I rarely put that much sea salt into my Glorious One-Pot Meals during cooking and instead place a container of sea salt on the table for each to use as desired. My daughter, for example, likes saltier food than my son does.

You should always take my recipes as “suggestions” rather than gospel, to begin with! I see my role as providing home cooks with the inspiration to put together their own fabulous Glorious One-Pot Meals! 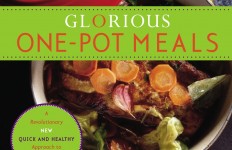 Is the Kindle Edition of Glorious One-Pot Meals Missing Some Information?→