Heavens to mercy, save us all! Did she mean to say that cholesterol is good?

I got into this discussion on a recent family vacation after seeing an uncle’s grotesquely swollen hands. They would almost seem cartoonish, if they weren’t so painful or disabling for him. As a handyman, he can no longer wield a tool in these mishapen hands. My heart went out to him.

As it happens, he can directly connect the swelling in his hands to switching to a new cholesterol-lowering drug a few months ago. His doctor had the nurse return his call regarding the concern, and she told him to halve the dose. Several weeks later the swelling was worse than ever, yet when I urged him to stop taking the drug, he was too scared that his cholesterol levels would rise in the two weeks until his next scheduled appointment.

Not taking your cholesterol-lowering drug for two weeks won’t kill you, I tried to assure him, but living with chronic inflammation can cause serious long-term damage. Besides, it’s affecting your livelihood and your daily life. Not to mention that it’s something that you don’t need in the first place.

Luckily, Dr. Joseph Mercola has published a full explanation of this stance today in the Huffington Post, and he did a much better job than I could have with a well-researched and heavily-footnoted piece. Here’s a short excerpt, but I encourage you to read the article in its entirety at the Huffington Post.

In the United States, the idea that cholesterol is evil is very much ingrained in most people’s minds. But this is a very harmful myth that needs to be put to rest right now.

“First and foremost,” Dr. Rosedale points out, “cholesterol is a vital component of every cell membrane on Earth. In other words, there is no life on Earth that can live without cholesterol.

That will automatically tell you that, in and of itself, it cannot be evil. In fact, it is one of our best friends.

We would not be here without it. No wonder lowering cholesterol too much increases one’s risk of dying. Cholesterol is also a precursor to all of the steroid hormones. You cannot make estrogen, testosterone, cortisone and a host of other vital hormones without cholesterol.”

Sally Fallon, the president of the Weston A. Price Foundation, and Mary Enig, Ph.D, an expert in lipid biochemistry, have gone so far as to call high cholesterol “an invented disease, a ‘problem’ that emerged when health professionals learned how to measure cholesterol levels in the blood.”[iii] 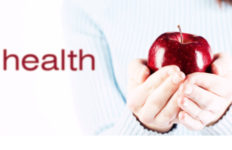 Does voting with your food dollars make a difference?→