Too many of us run on chronic sleep deprivation.

You really need to average 7-8 hours/night of restful sleep for your body to fully recharge and take care of all the business that gets done while you sleep, namely digestion, stress-relief/relaxation, and healing.

Arianna Huffington, editor of the Huffington Post, has made sleep her number one priority this year. Arianna, a round-the-clock worker who prided herself on not needing very much sleep, got a rude awakening recently when she collapsed from exhaustion, fracturing her cheekbone and needing stitches on her face.

She and Glamour editor Cindi Lieve have begun a one-month “sleep challenge” that particularly targets those they say are the most sleep deprived in our country: single working women and moms with young children.

We can’t make our best decisions without enough sleep, they note. We will be better workers and parents if we get more sleep.

I totally agree. I remember realizing exactly why they use sleep deprivation as a Prisoner-of-War torture technique after my son was born. He was never a good sleeper and for the first year I’d be lucky if he went down for more than a 30-minute stretch. He was 4 before he slept through the night, which means  I didn’t get an uninterrupted night of sleep for four years, either.

The hardest times for me were when his little sister came along and the two of them would tag-team my husband and me all day and all night long. My son was sickly and vomiting sll the time (30+ times/week), and my baby girl nursed constantly and wouldn’t let anyone else hold her but me. I call those “the dark years.”

Because I was trying to work during these years, too, my emails often went out in the wee hours. Once my first book came out in 2005, midnight to 2 am became my time to fill orders and prepare shipments. By the end, when my first book went out of print in 2008, I was so tired that I accidently sent one Dutch oven order out by overnight mail — a $90 mistake that reflected on my bottom line.

Of course, the babies would still be up at 5 am, or 6 if I were lucky. They didn’t care that I had worked all night!

I remember being too tired to hold an intelligent conversation. While the babies always were clean and looked cute, a close look at me would have revealed stained clothes on an overweight body, no makeup, dirty hair in a ponytail. I was so tired I just didn’t care. I saw myself as slogging through it.

Funny how we value sleep deprivation in our society. We brag about how little we need, how much we work instead of sleep. In some ways, I felt virtuous for being able to function (albeit at a low level) with so little sleep.

Last December, my husband insisted we try to go to bed together, instead of him going to bed at 10 or 11 pm (he has to leave the house at 6 am for his job) while I worked for a few more hours. He thought it would be good for our marriage.

I was reluctant, at first. When was I supposed to get all the work done that I usually did at night? But he had a point. Now that the kids were sleeping on their own most nights, it was possible for me to get more sleep, too. And all those “dark years” had taken its toll on our relationship, too. For years we had been like ships that passed in the night. We needed to reconnect as more than just caretakers.

It was good to remind myself, too, that a body that is dealing with a chronic illness, as mine is, needs to have all its resources available to stay healthy. It is good advice for MS patients to get enough sleep — advice I often gave but rarely followed myself. Fatigue is a hallmark of MS to begin with, and a drained body must use all its resources just for living, leaving nothing for healing and recharging. Lack of sleep leads to adrenal overload, which can cause a cascade of other health issues.

So, I guess I’m actually one year ahead of Arianna and Cindi, in that I’ve been getting more sleep since December, 2008. Although I may not acheive the goal of 7-8 hours of blissful sleep every single night, I know that I feel better, look better, have lost weight, and am happier now that I’m getting more sleep.

Oh yes, and my marriage… well, let’s just say that getting enough sleep can rev up your sex drive, too!  🙂

Consider taking Ariana and Cindi’s  sleep challenge yourself, and see if it doesn’t do everything from change your perspective to make you a safer driver. 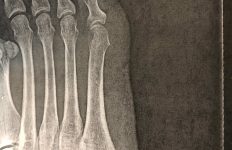