Earlier this week, the Breast Cancer Fund released an overview of current research on the causes of early puberty — a phenomenon affecting American girls. While the report listed a number of potential influences, including everything from obesity and inactivity to family stress, accidental exposure to toxic chemicals and t.v.-watching (?!), it barely brushed on the addition of growth hormones to our milk and meat supplies. In fact, the synopsis covered in the media doesn’t even mention the cattle and dairy industries.

Are you telling me that I can send my daughter into early puberty by letting her watch Desperate Housewives, but I shouldn’t be concerned about the ESTROGEN-derivatives and other hormones added willy-nilly to our industrialized beef and dairy herds? We are supposed to encourage our kids to drink several glasses of milk each day for strong bones, but is the result that girls as young as 8 are starting to sprout breasts and menstruate? Go visit a 3rd grade classroom and see what I’m talking about.

When I downloaded the full report, I was able to learn that “The European Union has forbidden the use of exogenous hormones as promoters of animal growth since 1989. By contrast, estradiol and other natural and synthetic hormones are still used as growth promoters in the U.S. beef industry. In the U.S. dairy industry, recombinant bovine growth hormone (rBGH) has been used to increase milk production since 1993.”

Yes, I knew that. It’s criminal.

“Suggesting reasons for concern, some researchers point out that federal risk assessments that have set safe threshold levels for estrogens in meat are based on overestimates of children’s own endogenous production of hormones, which are now known to be many times lower.”

You mean, the standards used for this critical food safety issue are known to be based upon false information? It’s getting fishier.

But here’s my favorite line from this section: “Their impact on pubertal timing of girls who are the consumers of its products remains an unanswered question.”

Of course that’s what the beef and dairy lobbies would have you believe. “The jury’s still out on this one.” Where have we heard lines like this before?

We’ll talk more about this… 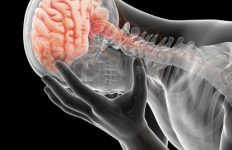 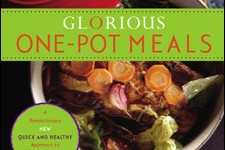